Arsenal legend Thierry Henry has been unveiled as a minority shareholder at Como in the Italian Serie B thus joining Cesc Fabregas. 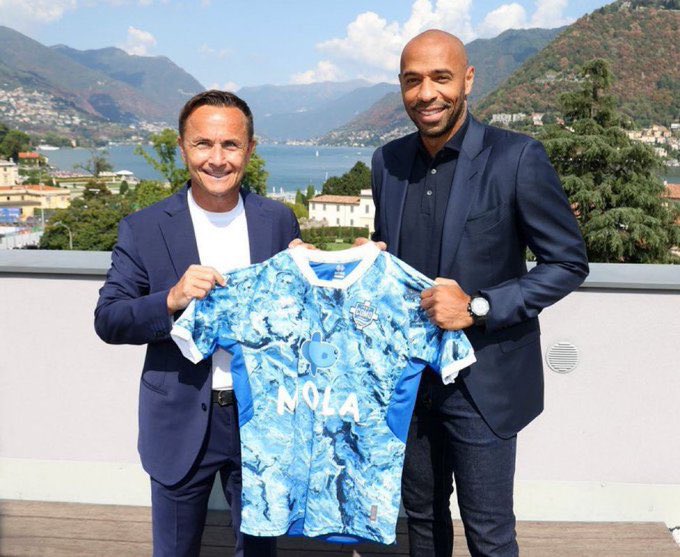 Frenchman Thierry Henry has followed in the footsteps of Cesc Fabregas for a stake at Como in the second tier of club football in Italy.

Henry was confirmed as the latest minority shareholder at Como in a press conference with former Chelsea midfielder Dennis Wise on Tuesday. Wise also played a big role in Cesc Fabregas signing for Como this summer.

In addition to signing for Como, Fabregas also became a minority shareholder at the club. He has put pen to paper on a two-year deal at Como having joined them as a free agent. His contract will expire at the end of the 2023/24 season. Cesc Fabregas became a free agent this summer after his contract with French side AS Monaco ran out this summer. He contemplated retirement from football before he was convinced to sign for Como this summer. In his own words, last season was his worst as a professional footballer after he missed the majority of it in the colours of Monaco due to injury. Cesc Fabregas was adamant that he didn't want to retire from football at the end of such a season, but thoughts of retirement crossed his mind.
At his press conference as the new Como co-owner, former Arsenal striker Henry informed reporters he didn't hesitate to start this new chapter due to the Italians’ passion for football. The 1998 FIFA World Cup winner also said he spoke to retired Italian footballer Gianluca Zambrotta who was his teammate at Barcelona. Henry also spoke to Fabregas about Como before he took the decision. The Frenchman said the target is to invest in the community of Como and create a synergy with the locals.