A new record has been set for Arsenal midfielder Emile Smith-Rowe after the two-cap England international matched the 12-year record of Cesc Fabregas. Spanish international Cesc Fabregas joined North London giants Arsenal as a teenager from La Liga team Barcelona and he was in the club's Academy before being promoted to the first team by legendary manager Arsene Wenger. 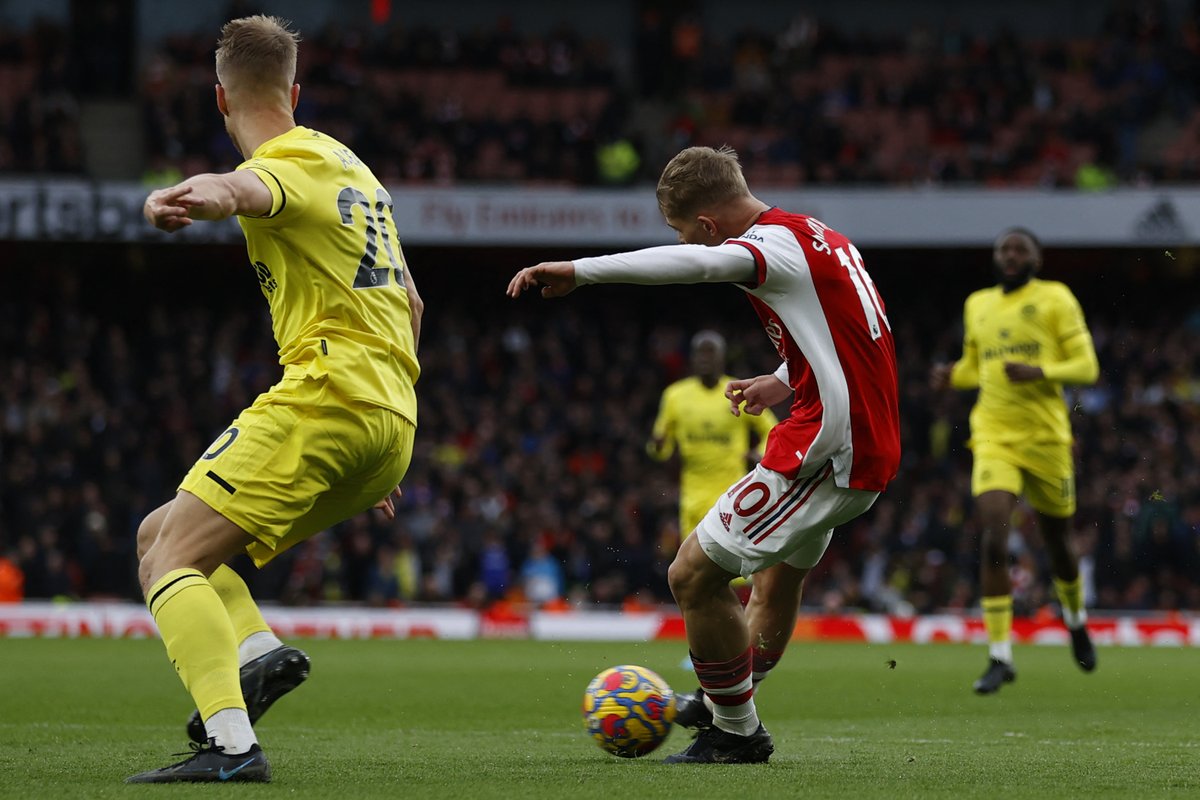 Smith-Rowe scored his 10th goal of the season when he scored the opening goal during the 2-1 home win over Brentford in their London Derby clash last weekend on the Premier League scene. After a goalless draw in the first half, Smith-Rowe broke the deadlock for the Gunners at the start of the second half as he received a pass from French striker Alexandre Lacazette before he drove into the Brentford box and then unleashed a shot that Bees shot stopper David Raya could only push into the back of the net. It was his ninth Premier League goal of the season and only the Liverpool duo of Mohamed Salah and Diogo Jota have scored more than him in the competition this season.

Arsenal added a second goal against Brentford through Bukayo Saka off the assist from Ghanaian midfielder Thomas Partey later in the second half before Danish midfielder Christian Norgaard scored a consolation goal for the visitors in the final moments of the game. Arsenal held on to claim a second straight win in the league.

The next target for Smith-Rowe is 15 goals and 10 assists after Arsenal manager Mikel Arteta said last season that the midfielder must hit that target to be considered a premium player in his position. He has 10 goals and two assists at the moment meaning that the young Englishman needs five goals and eight assists to meet that target.