AS Monaco midfielder Cesc Fabregas has praised the impact of Aston Villa manager Steven Gerrard since his appointment last month. Cesc Fabregas made this known via his official Twitter handle while he was watching the Premier League clash between hosts Aston Villa and Chelsea earlier this week. The midfielder has been impressed with the work that Gerrard has done at Villa Park since he was made their new manager in the place of the sacked Dean Smith. 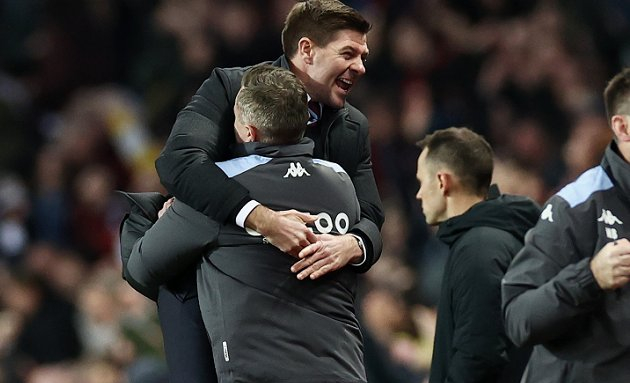 Cesc Fabregas was impressed with the performance of Aston Villa against Chelsea despite the fact that Gerrard was not on the sidelines after he tested positive for Covid-19. The Ex-Arsenal and Chelsea midfielder tweeted that Villa are a well drilled unit under Gerrard who has now overseen seven Premier League games. Gerrard has been on the sidelines in six of those seven games.

The seventh game was the 3-1 loss to Premier League title chasers Aston Villa at Villa Park on Boxing Day. Villa took the lead through an unfortunate own goal from Chelsea right-backReece James off the cross from left-back Matt Targett but the lead lasted for some minutes in the first half thanks to the error from Villa right-back Matty Cash. He brought down England player Callum Hudson-Odoiin the box and Jorginho talked away the rebound for a 1-1 scoreline at the break.

Chelsea took the game away from Villa when they brought on RomeluLukaku at the start of the second half and the points subsequently as his presence brought about two goals thus leading the team to a 3-1 away win. The Belgian international scored the second goal for the Blues eleven (11) minutes into the second half before he was fouled on the way to the third Chelsea goal. Jorginho scored his second goal of the game after Lukaku was brought down by Villa central defender EzriKonsa in the box.