AS Monaco midfielder Cesc Fabregas has reluctantly hailed the appointment of Antonio Conte as the new Tottenham Hotspur manager. Cesc Fabregas has affirmations with Spurs rivals namely Arsenal and Chelsea having played for both London teams in the Premier League, but that didn't stop him from taking to his official Twitter account to tweet about his opinion on the Conte appointment revealed at the start of the week. 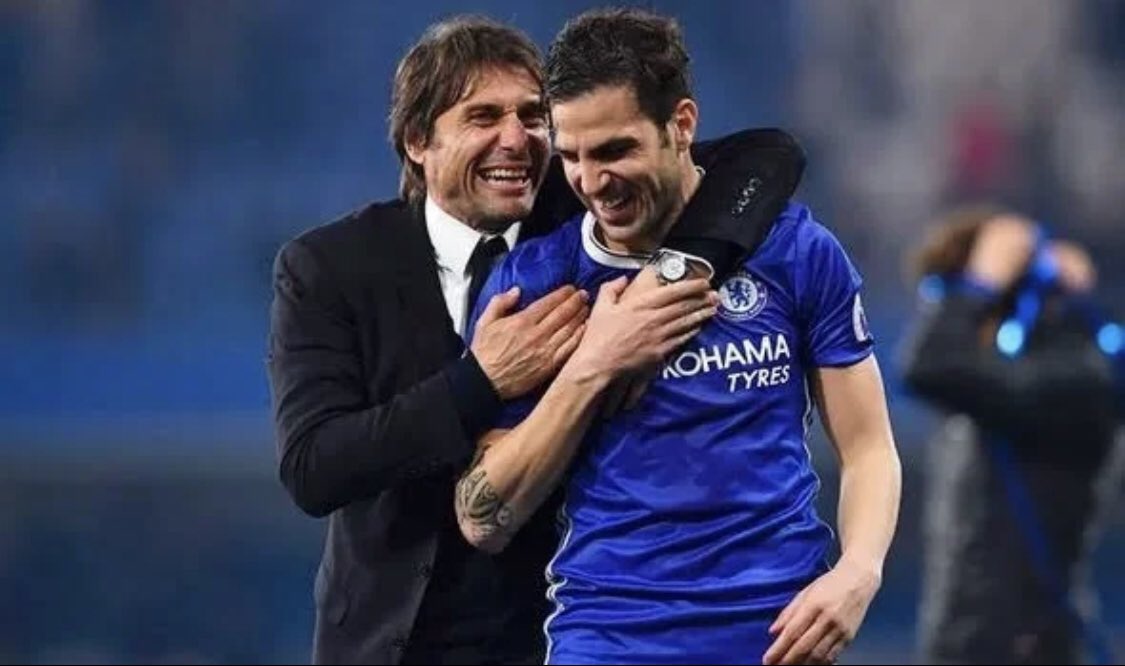 Cesc Fabregas played under Conte for two years at Chelsea before the Italian tactician was sacked in the summer of 2018 with one year left on his then existing deal at Stamford Bridge.

Conte arrived at Chelsea in 2016 and he made an instant impact as his three-man defence formation bore fruits for the West London giants. Conte won the Premier League title in his first season at Chelsea with Cesc Fabregas as one of his players. The Blues could not sustain their impressive Premier League win ratio into the second season.

Inter Milan appointed Conte as the their manager two years ago after spending the last contract of his Chelsea contract at home. Conte had a year left on his Chelsea contract by the time he was dismissed and he had a legal battle with the club in that regard before the matter was resolved.

Conte led Inter to the UEFA Europa League final before they were beaten 3-2 by Sevilla in the league. In his second and final season at Inter, Conte helped the Nerazzuri end an 11-year wait for the league title. He was linked with the Spurs job in the summer before talks collapsed. Conte has been given the job as the new Spurs manager in the place of the sacked Nuno Espirito Santo. Santo was dismissed earlier this week and four months into his appointment on a two-year deal.